Back to blog
April 2021
Chris Muccio

1973 Topps Baseball Cards: Everything You Wanted To Know

After producing its largest set ever during the previous year, Topps decided to scale back to a 660-card set in 1973. This set was not only smaller than its predecessors, but it was also one of the smallest baseball card sets of the 70s. Another notable point for the 1973 Topps Baseball card set was that it was the last vintage Topps set to be released in a multiple series format.

The set was printed on five different production sheets, with no double or single prints, and at in some states, no series either (more on this down below).  Topps had already begun to make all of the cards from its set available at one time; something that wouldn’t be fully implemented until 1974.

Some Interesting Facts about the 1973 Topps Baseball Cards:

While most of the country saw cards distributed in series, spread out over a roughly five-month period, as per usual; Topps tried something different in certain areas including Florida, where they offered an “all series” product. The blue checklists were also said to be found in these packs.

Fun fact... Topps stuck a note on the top of their boxes (that were distributed to stores,) promoting the new idea of a box that held cards from the entire set.

1973 Topps Baseball Cards: Which Were the Most Notable Players?

1973 Topps Baseball Cards: What Did the Cards Look Like?

In 1973 Topps went back to basics, leaving behind the bubbly 3D player names, black borders, and psychedelic designs they were experimenting with during 1971 and 1972. Now opting for more traditional design elements, the 1973 set cards had a fully colored player photo surrounded by a small black border, curved at the corners, all set against a white background. The player’s name was featured right under their photo in colored print, and their team name was right beneath that is small black capital letters. The lower right corner of the card had a colored circle, protruding into the edge of the picture, and featured a small silhouette representing the player’s position. Their position was also spelled out right under their team name, in the same font as the team name. 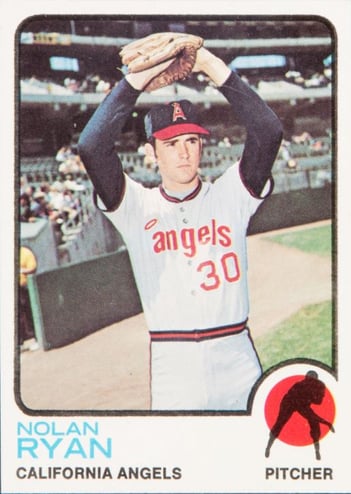 Card backs also changed in 1973, switching from the horizontal orientation found in the previous few years to a vertical layout.  The top of each card had a career highlight for the player illustrated in a cartoony style. Beneath that, Topps featured the card number and player name. The bottom two-thirds of the card were devoted to player statistics with a short biographical paragraph wherever there was some room.  Between the Topps baseball and stats box, player height, weight, and birth date were also featured for young fans to see.

Which Were the Most Common 1973 Topps Baseball Card Issues?

There weren’t many notable variations and errors in the 1973 Topps Baseball card set, and those that did exist did not cause a significant detriment to the card’s appearance and overall value. Perhaps the most common variation option was the background color tone of Manager Cards.

The most common condition issue for the 1973 Topps Baseball set is centering. Notoriously miss-cut in all directions, high-grade versions of cards carry a premium as a result of this production flaw.

Despite being popular, candylids were also often riddled with damages, as the cap of the treat was the actual card. An interesting note here is that each one of these cards lacked any significant branding, numbering, and text.

Wax packs remained 10 cents with ten cards in each pack. (24 packs in a box).

Wax wrappers came in many different design variations as seen below. The wrappers included various offers including two record albums, a ball/strike indicator and a batting glove. The multitude of different wrappers lead kids and collectors to wonder if there was any significance between the wrapper design and what was inside, but there wasn’t. 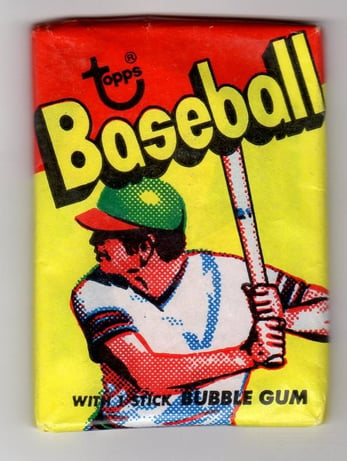 While Topps released multiple variations of their wax box, those marked with a tab saying "Hey Kids" are most commonly found. The rest are rather rare and hard to come across. 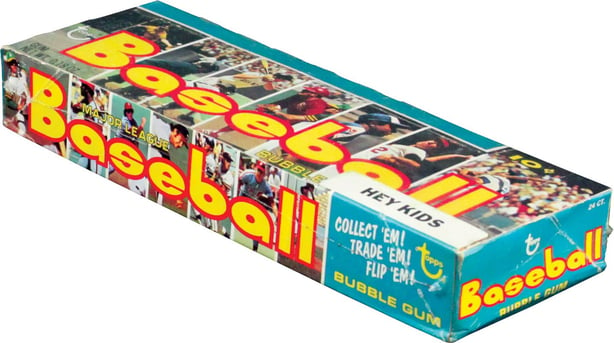 While structurally similar to the cello packs of previous years, design-wise they looked fairly different. Following card design, the cello pack fronts included a large player image, followed by their name and team on the lower-left corner. The lower-right corner included a circle with the player’s position (and their position spelled out right under in black font.) 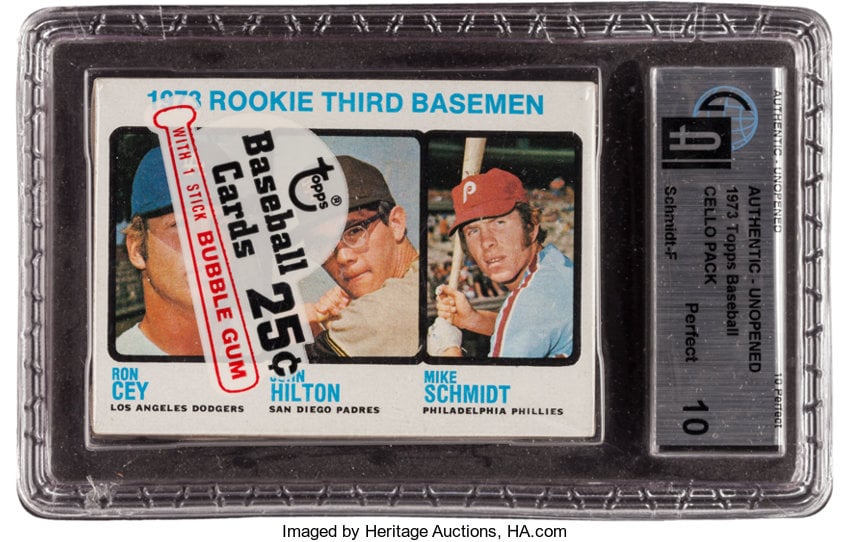 Covering much of the player’s face, Topps advertised the pack price along with the inclusion of 1 stick of gum with a nice baseball graphic. What was peculiar however, was that this was upside-down.

Rack packs held 54 cards and cost just 39 cents. This was the last year at rack packs were sold at this price. Similarly to previous years, 1973 followed a fairly consistent business model, essentially offering parents a 28% discount when purchasing a rack pack – consider this:

But this did not only benefit parents. Kids could also pick out the packs they wanted by looking at the clearly visible cards featured in the front of each pack.

This set is essentially the same as the regular 1973 Topps set, except that the words "Printed in Canada" appear on the backs and the backs are bilingual. The backs carry player biography and statistics in French and English. The cards are numbered on the back. The backs appear to be more "yellow" than the Topps backs. Unlike the 1973 Topps baseball cards set, all cards in this set were issued equally and at the same time, i.e., there were no scarce series with the O-Pee-Chee cards. Although there are no scarce series, cards 529-660 attract a slight premium. 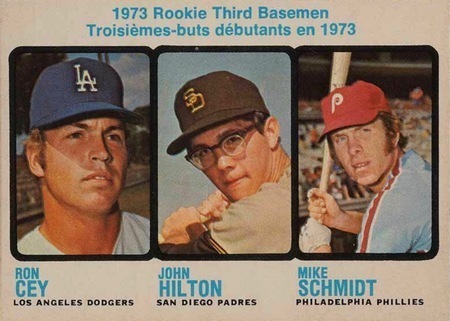 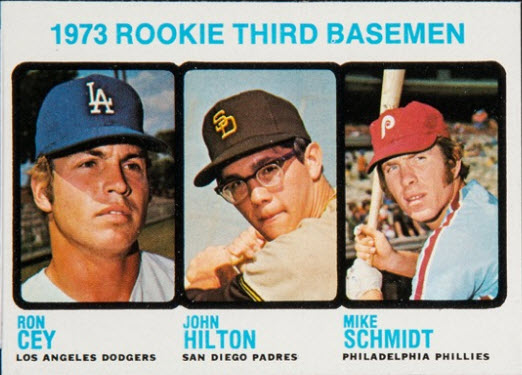 Following the theme from previous years, the 1973 OPC wax boxes were very similar in their U.S. counterparts with the only exception being the addition of French text and a different sticker on the bottom right. Instead of saying “Hey Kids” now it read “Extra! Team Checklist in Each Pack!”  While these team checklists had very limited distribution in the U.S. they were more commonly found in O-Pee-Chee packs.

Do you own any iconic cards, packs, or boxes from 1973? Which other baseball sets would you like us to cover? Let us know in the comments below.

Milehigh Auction’s April sale just ended and it featured some top tier products. While we did...

Compared to previous years, the 1973 Topps baseball set was considerably more simple-looking and...
Copyright © 2021 Unopened Packs Inc. All rights reserved.
Investing in sports cards involves substantial risk of loss and is not suitable for everyone. We do not provide financial advice, nor do we guarantee results from using our content. As with everything, always conduct your own research.